Android 12 system will soon bring two new features to Google Pixel. These features were reportedly the ones that iPhone flagships offer.

(Photo : Photo by Leon Neal/Getty Images)
LONDON, ENGLAND – AUGUST 09: In this photo illustration, The Google logo is displayed on a mobile phone and computer monitor on August 09, 2017 in London, England. Founded in 1995 by Sergey Brin and Larry Page, Google now makes hundreds of products used by billions of people across the globe, from YouTube and Android to Smartbox and Google Search.

One of these features is expected to make loading up the Google Assistant much easier. According to Toms Guide‘s latest report, the double-tap feature, which is codenamed “Columbus,” was first revealed in the current Android 11’s early releases.

Tech Advisor confirmed that the new Android system will make its first public appearance in May. It is also expected to be generally available in September.

The Columbus feature was removed on Android 11. This phone capability was based on Jessie Eisenberg’s character from the popular comedy movie “Zombieland.”

Users can activate it to access the Google Assistant service, pause or resume playback for videos, open recent apps view, open the notification shade, and take screenshots from their Google Pixel smartphones. 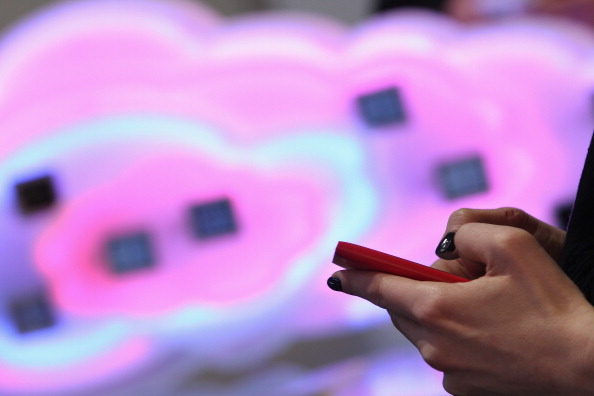 (Photo : Photo by Sean Gallup/Getty Images)
HANOVER, GERMANY – MARCH 05: A visitor tries out a Microsoft-driven Nokia smartphone next to a symbol of a cloud at the Deutsche Telekom stand the day before the CeBIT 2012 technology trade fair officially opens to the public on March 5, 2012 in Hanover, Germany. CeBIT 2012, the world’s largest information technology trade fair, will run from March 6-10, and advances in cloud computing are a major feature this year.

However, the previous Android 11 beta version finds this feature fat too sensitive for users. Google made some improvements to its Columbus feature so that the users can adjust their mobile devices to recognize harder taps.

On the other hand, Apple device owners don’t have to worry since iPhone already has the latest back-tap feature, thanks to iOS 14. Meanwhile, Android 12’s developer hasn’t confirmed if there will be a preview for the new smartphone system.

On the other hand, Android 12 will also offer the latest App Pairs feature. This smartphone capability allows the users to open two apps at once. The new feature is already available on LG and Samsung flagships.

Although this is the case, Android 12 is expected to make it more widely available, allowing more fans to enjoy it. Android 11 is already offering App Pairs right now, but the system is not capable enough to make it work properly.

Google confirmed that it will rectify the buggy feature in the upcoming Android 12 feature. The new system is expected to arrive in Google smartphones. These include Google Pixel 5, Pixel 4A, and Pixel 4A 5G.