Apple analysts said that Apple’s iPhone has a major flaw that is still unresolved. They provided the main reasons why the smartphone’s Notification feature is the company’s biggest failure.

(Photo : Photo by Gonzalo Arroyo Moreno/Getty Images)
MADRID, SPAIN – SEPTEMBER, 16: An Iphone 7 Plus with its new dual camera is displayed at Puerta del Sol Apple Store the day the company launches their Iphone 7 and 7 Plus on September 16, 2016 in Madrid, Spain. The iPhone 7 and iPhone 7 Plus has been launched on Friday September 16th in more than 25 countries. Customers have started to queue 38 hours before the opening of the store placed in the center of Madrid.

According to Digital Trends‘ latest report, the major flaw can be noticed by those who were previously using an Android smartphone. If you are one of them, then you’ll notice that iOS has one major difference that can really affect your smartphone experience.

The issue is said to be caused by two ideals that are supposed to be Apple design’s core philosophy. These are iPhone’s simplicity of interactions Apple ecosystem’s power. To give you more idea, here are the major reasons why iPhone’s notification flaw is still unresolved.

The first major reason behind the iPhone notification’s flaw is the company’s simplicity failure. Apple tried to make its iOS displays as simple as possible. However, the notification feature’s redundancies are still noticeable.

If you compare iOS with Android, Apple’s competitor has an advantage since it offers a long-pressing feature or stop-notification ability. The issue with iPhone resides in its developers. 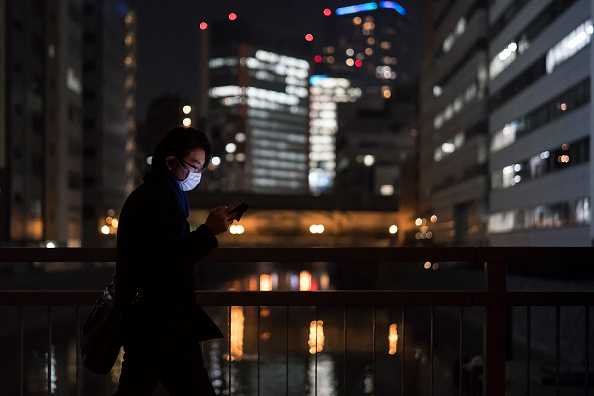 (Photo : Photo by Tomohiro Ohsumi/Getty Images)
TOKYO, JAPAN – FEBRUARY 13: A man wearing a face mask uses a smartphone as he walks on a bridge at night on February 13, 2020 in Tokyo, Japan. At least 219 passengers and crew onboard the Diamond Princess cruise ship have tested positive for COVID-19 making it the biggest centre of the virus outside China. Japan has also so far diagnosed 28 other people with the illness, some of whom are evacuees from Wuhan, and has announced measures to ban entry to foreign travelers from Zhejiang alongside an existing ban on non-Japanese nationals coming from Hubei.

Also Read: Apple macOS Big Sur Bootable Clone Option: Is it Possible to Create One Despite the Restrictions and Complicated System?

There are couple-odd apps that don’t offer any quick actions such as the option to add the video to Watch Later list. On the other hand, the second issue with iPhone’s notification is Apple’s ecosystem failure.

Although it seems not that bad, you still have considered how many notifications you receive on a daily basis.

Settings you need to change on an iPhone

Right now, iPhone 12 is offering a feature that automatically switches your 4G LTE and 5G networks. This usually drains your phone’s battery life. To turn this off, all you need to do is to follow these steps;

To turn the automatic-switching feature off, you need to open the Settings app and follow these destinations;

If you want to know more details about other settings you can change, just click here.

For more news updates about Apple’s products and other services, always keep your tabs open here at TechTimes.

Related Article: Apple M1 Macs Would Have a VLC Media Player Update with Full Support-Here’s How to Download!